Plant a tree in memory of Robert J. Johnson
An environmentally-friendly option 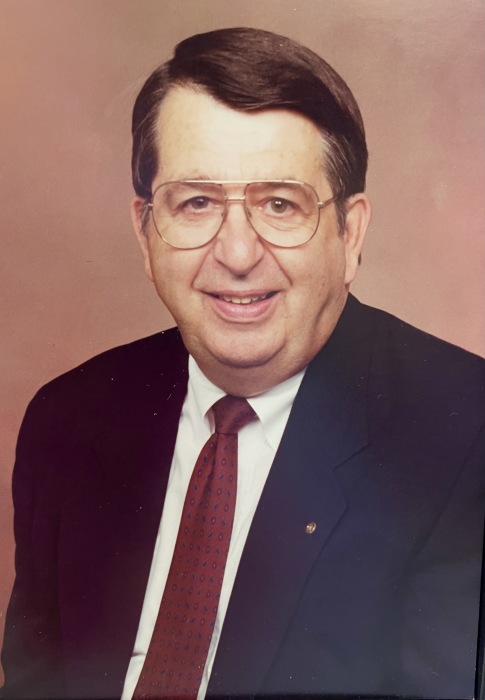 Robert "R.J." Jerome Johnson, beloved husband, father and grandfather of Holland, Ohio, completed his journey on Earth on March 8, 2021, after a lengthy illness. He was born in Ludington, Michigan, January 8, 1930, to parents, Frank and Eunice Elaine (Campbell) Johnson and spent most of his early childhood in Ludington until the family relocated to Lansing, Michigan. Upon graduation from J. W. Sexton High School Bob entered a life-long career in the soft drink industry where he began as a night-loader for the Coca-Cola Company swiftly advancing to Marketing Manager and later was recruited by Pepsi-Cola in Lima/Findlay Ohio and served as Branch Manager. In 1966, he moved to Toledo and took the position of Sales Manager where he ultimately became Vice-President and General Manager of RKO Bottlers now known as Pepsi Beverages Company. Robert served on numerous boards including the North Toledo Community House, was a Charter Member of Keep Toledo Beautiful; part of the committee that formed the Jamie Farr Golf Tournament where he then went on to serve as Chairman in 1996. Bob served as President of the Ohio Pepsi Bottlers Association and was part of many "firsts" in the industry which included the expansion of packaging and implementation of the soft drink can plant in Toledo. His extensive commitment to community service was evidenced by his dedication and involvement with Rotary Club International and locally with Rotary Club of Reynolds Corners for decades. He exemplified the Rotary Four Way Test of Truth, Fairness, Goodwill and Friendship and Benefitting all concerned.

While navigating a successful career he raised a family. When not working or attending many family activities, he loved to "tinker", a self-reliant man who loved projects. To friends and family, he was the energetic; enthusiastic build anything; fix anything "kind of guy".

Bob loved to travel, and he and his wife, Susan, had the opportunity to travel Internationally to places like Spain, South America, Russia, and Australia. Retiring in 1996 after 50 years in the soft drink industry, they fulfilled his dream to cruise Alaska.

and stepson, John Barton (Kristin) Vitou; 16 grandchildren; 16 great-grandchildren; and sister, Joan Petrie. Robert was preceded in death by his parents; his first wife, Joan Talmage; daughter, Teresa; and a great-grandson.

The family gives heartfelt thanks to Ohio Living Hospice for their loving care of Bob and Wisniewski Funeral Home for their assistance with final arrangements.

Those wishing to give a memorial gift are asked to consider Ohio Living Hospice or the Reynolds Corners Rotary Foundation.

Burial will be private, and a memorial celebration of Robert's life will be forthcoming and announced at a later date.

Services are to be announced

Plant a tree in memory of Robert J. Johnson
An environmentally-friendly option

Plant a tree in memory of Robert J. Johnson

On behalf of the board and staff of the Marathon LPGA Classic we'd like to express our deepest condolences to Susan and the Johnson family! Bob was a wonderful board member, leader and loyal sponsor!
Judd Silverman


A Grove of 3 Memorial Trees was planted in memory of Robert J. Johnson

Susan I am so sorry for your loss. Mr. Johnson was such a good man. I know he will be missed greatly. Working for him was a great pleasure and a learning experience.
Charlotte Wolfe

A Memorial Tree was planted for Robert J. Johnson

We are deeply sorry for your loss ~ the staff at Thomas I. Wisniewski Funeral Home
Join in honoring their life - plant a memorial tree

Plant a tree in memory of Robert J. Johnson